Kamibot Pi: 4 Levels of Coding + Curriculum For All Ages!

Kamibot Pi is a creative coding robot that can teach your child coding step-by-step through fun activities outlined in our curriculum. Whether you are coding for the first time or you’ve learned some Scratch in school, Kamibot Pi is a fun and easy way to learn functional coding.

Through our first Kickstarter we learned from our backers what they wanted and needed in a coding robot. This helped guide our decisions in creating Kamibot Pi. It is the backers and our users that make our products. 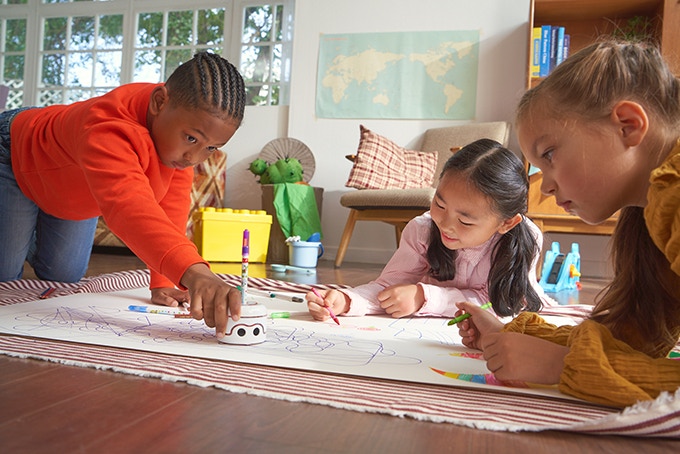 Kamibot started with the idea of bringing papercrafts to life, and took on great purpose through teaching young students to code. Our goal was to create a robot that was perfect for the school desk with a few more features that will allow the teachers to do more for their lesson plans. Kamibot Pi also complies with Japanese National standards for STEAM robots used in coding education.

If you’d rather teach your child without the use of a screen, Kamibot Pi is codable with command cards straight out of the box. Kids can feed the cards to Kamibot Pi and see the commands come to life. 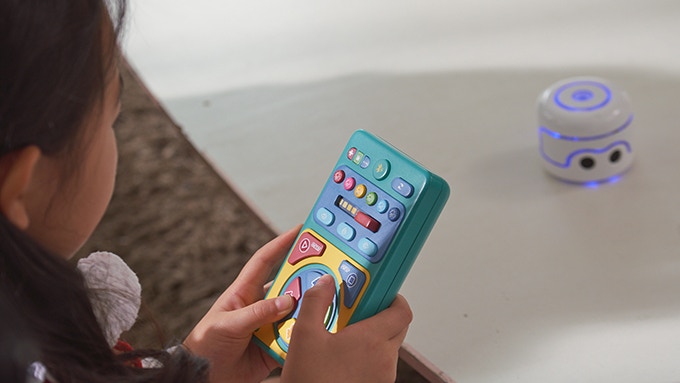 Kamibot Pi is also codable with a Kamibot Remote Controller! The remote controller will only be available to backers at specific reward tiers.

Graphical coding with our Kamicard app allows users to pick commands based on the images on each card. 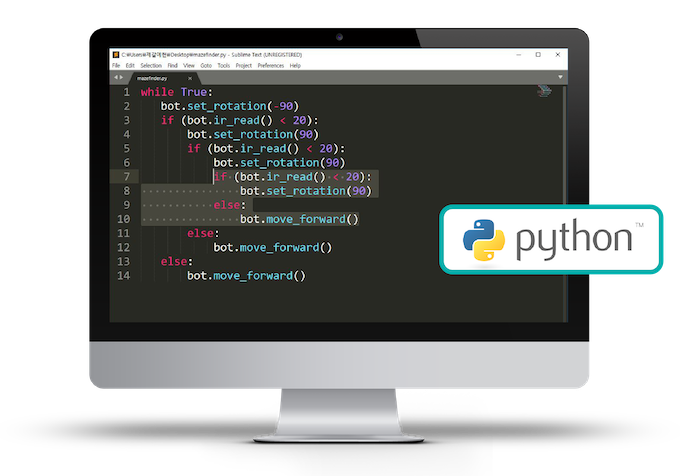 Seasoned coders can take Kamibot Pi to the next level with Python coding.

Children can explore their artistic creativity through coding. A few adjustments to your code here and there show up as new shapes and drawings.

If you can code it, Kamibot will draw it.

Team up with your friends and play an arcade classic.

Work together with your friends to clean up our oceans of trash.

Challenge your friends to see who can code their robot to catch the most fish. 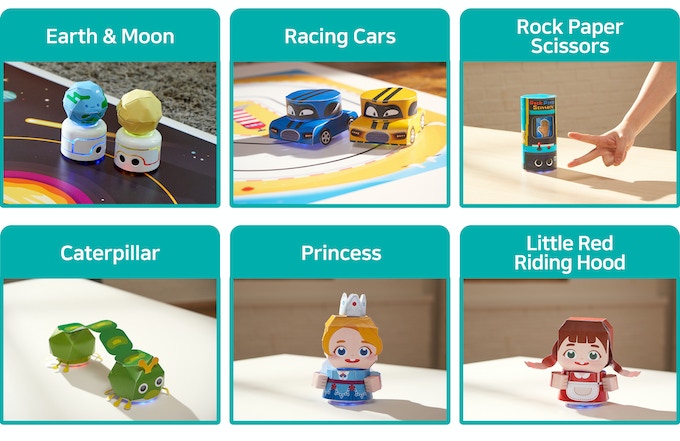 Our new Kamibot skins don’t only give Kamibot a cool new look. These skins give children a hands-on approach to purposeful coding.

Our in-depth curriculum and multitude of activities will help boost your child’s critical thinking and problem solving skills. 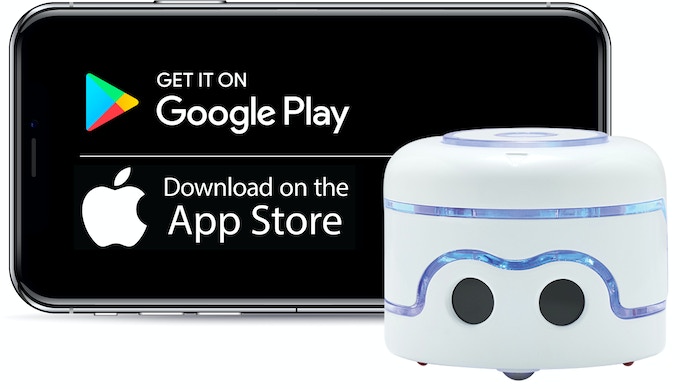 Our coding apps are easy to use and are designed so that you can learn coding at your own pace. If you want just want to remotely control Kamibot Pi we have an app for that too. 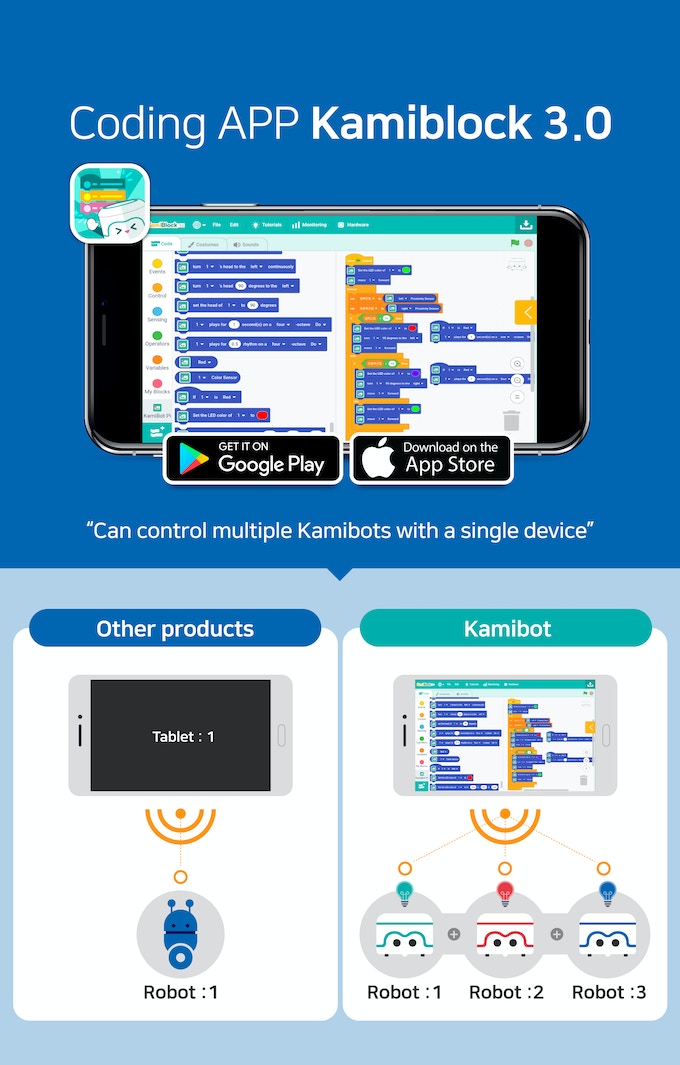 With the advent of Scratch 3.0, we’ve redone our block-based coding app. Kamiblock 3.0 will support the “multiple robot coding” that a lot of our teachers were requesting. 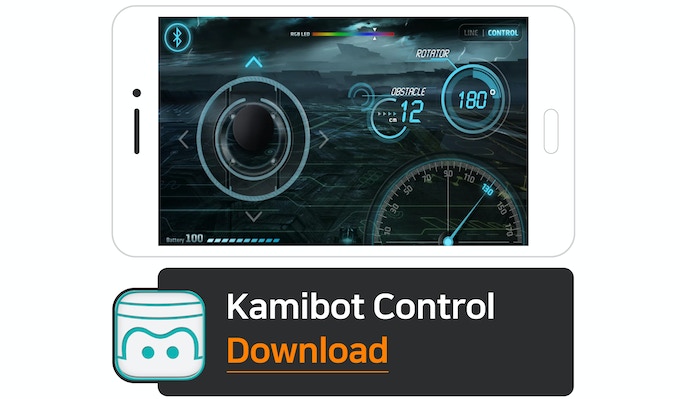 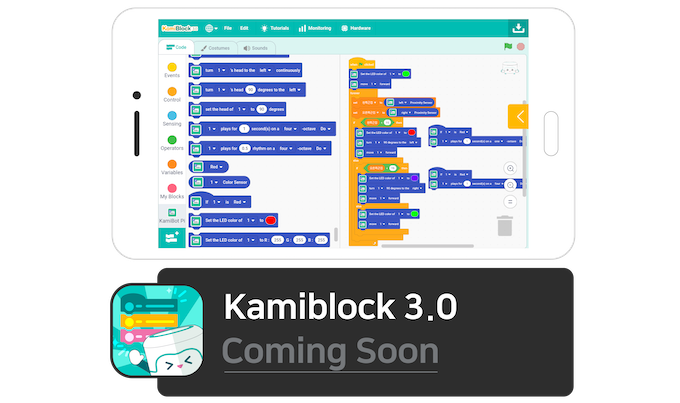 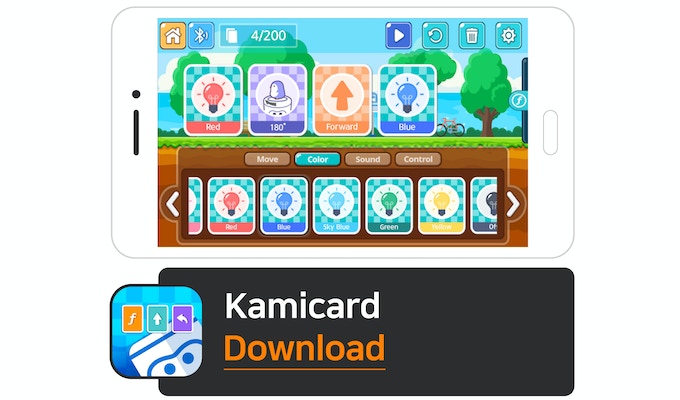 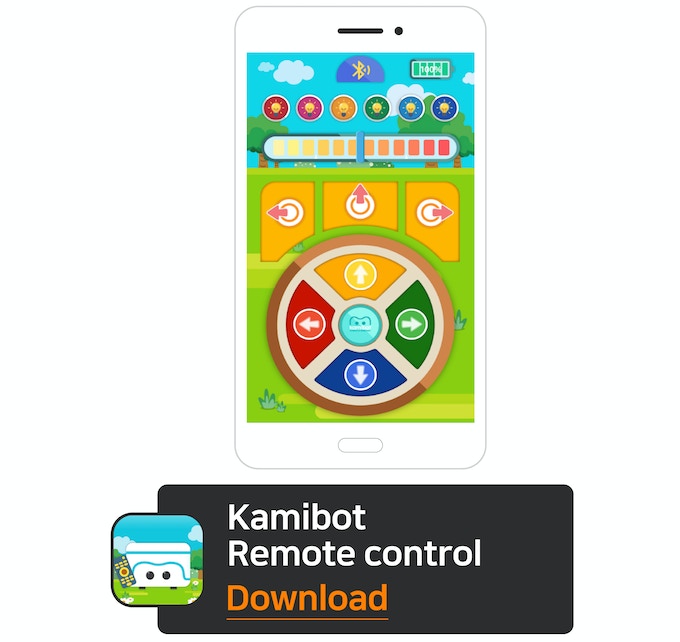 Kamibot Pi is a perfect coding robot for children from ages 3 and up. Kamibot Pi’s coding curriculum makes it great for use in schools, academies, Montessori schools, and at home.

Follow along with the video and learn how to code your Kamibot Pi to move like a caterpillar using Kamiblock 3.0.

We are still working on Kamiblock3.0  and will be releasing it for download before we ship to our backers. 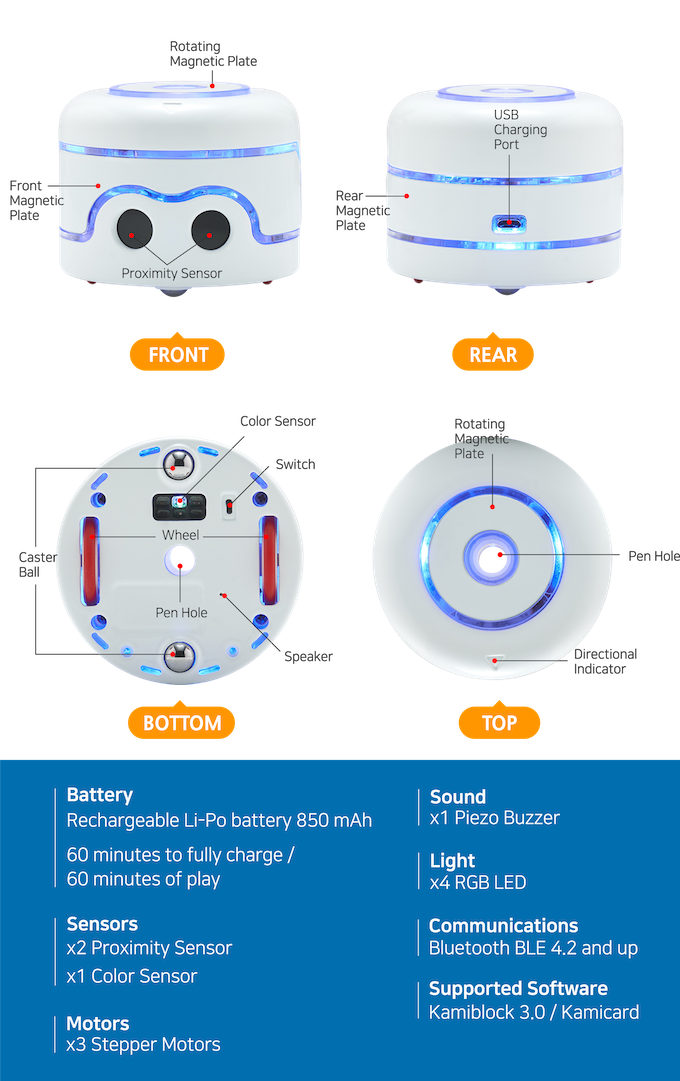 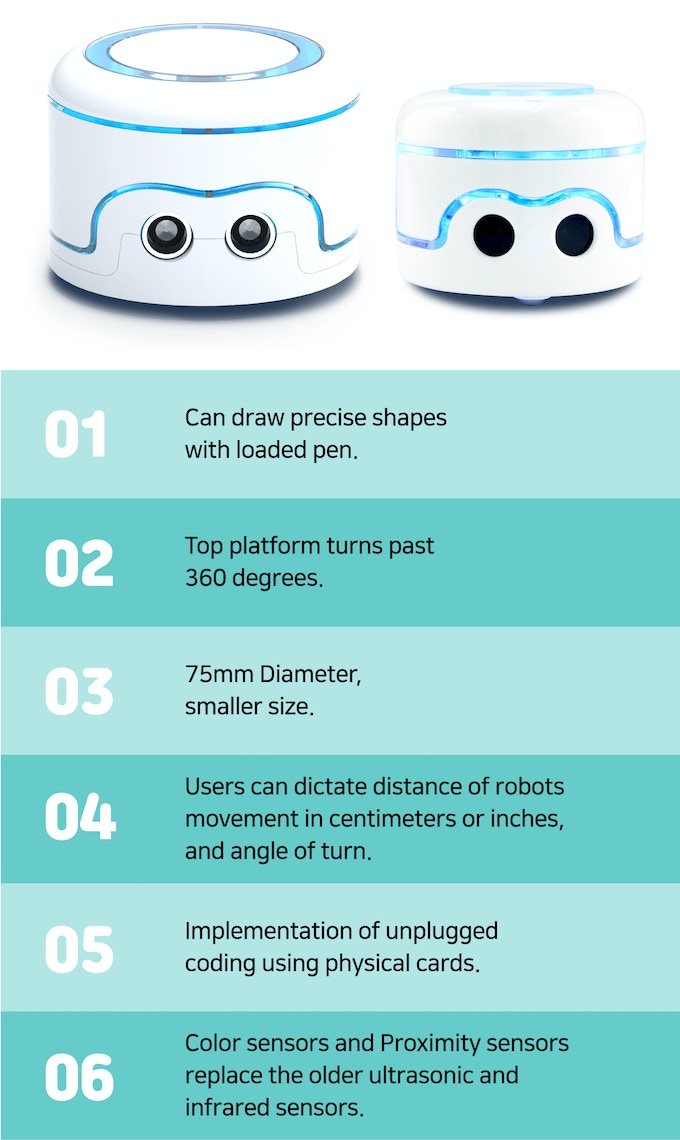 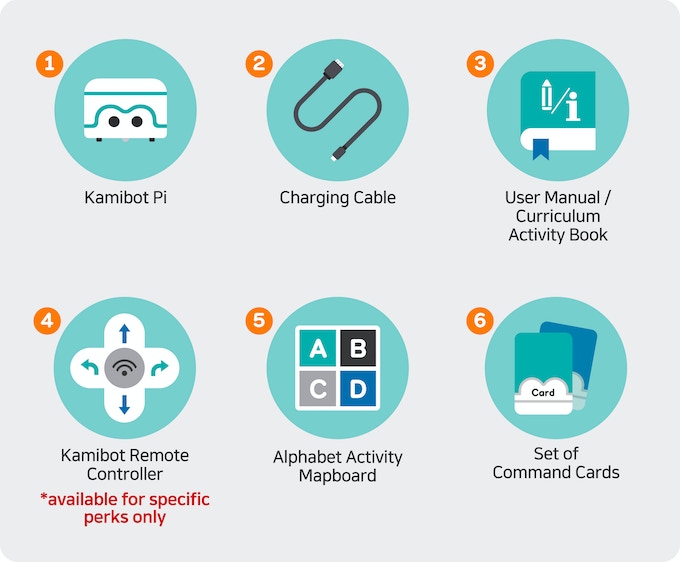 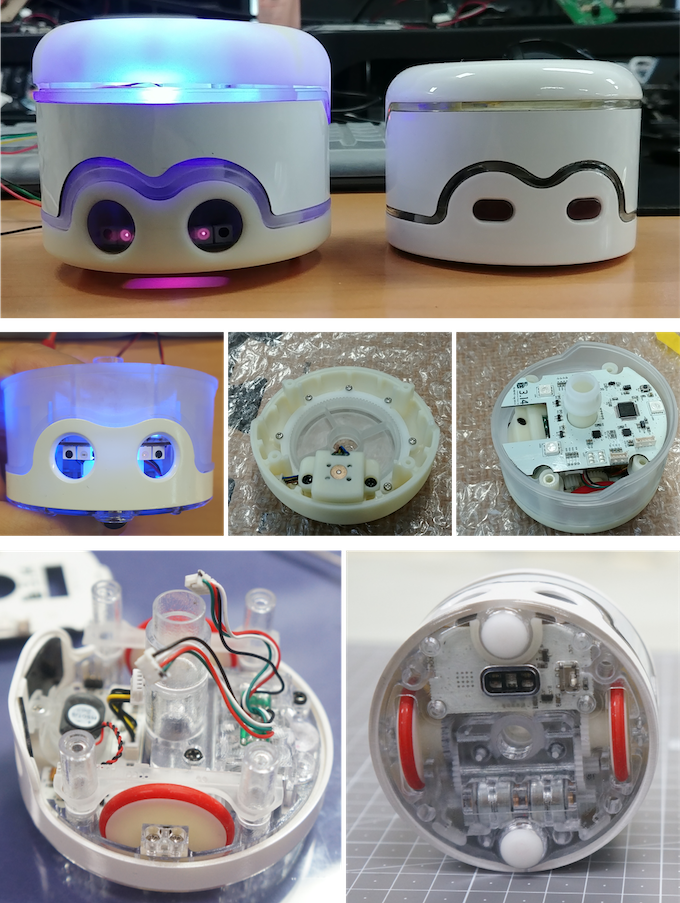 The Kamibot team first launched Kamibot on Kickstarter in 2016. After years of data and working with teachers and educators, we’ve been able to put together a coding curriculum that will make a difference in the way your child or students learn to code. We’re launching Kamibot Pi to share the culmination of research and feedback from hundreds of parents and teachers that are educating the next generation of humankind. 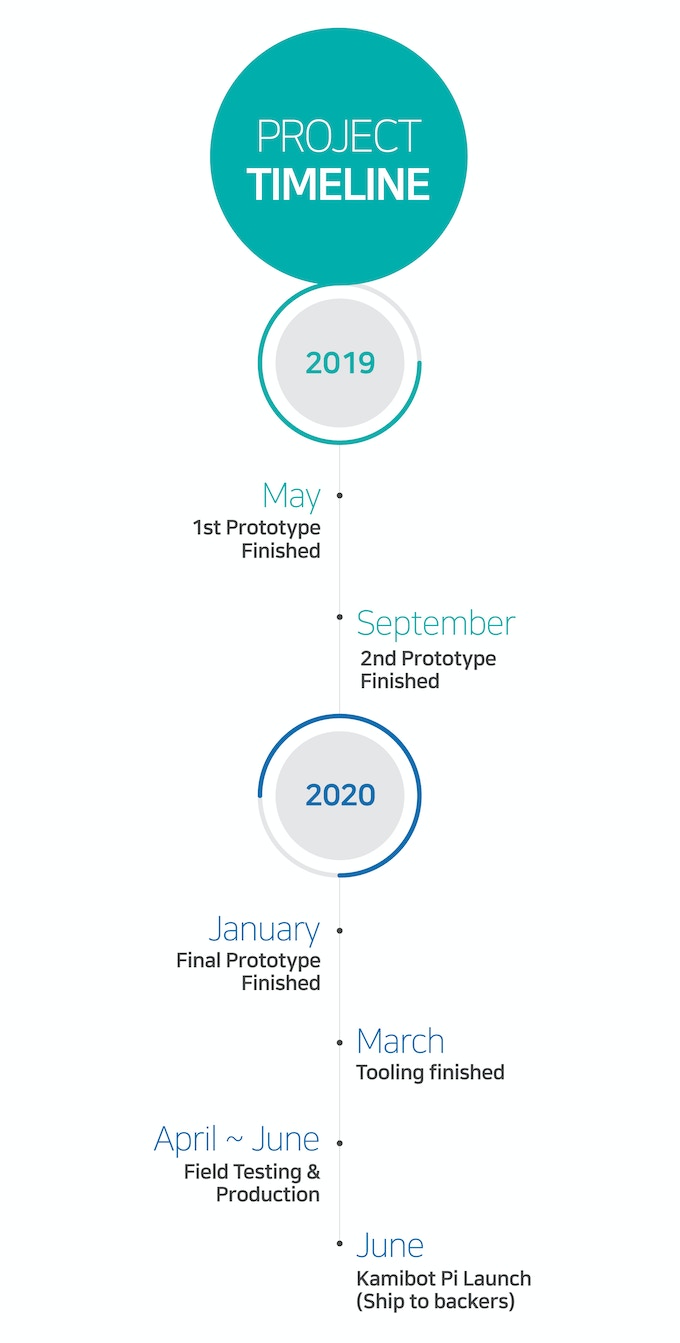 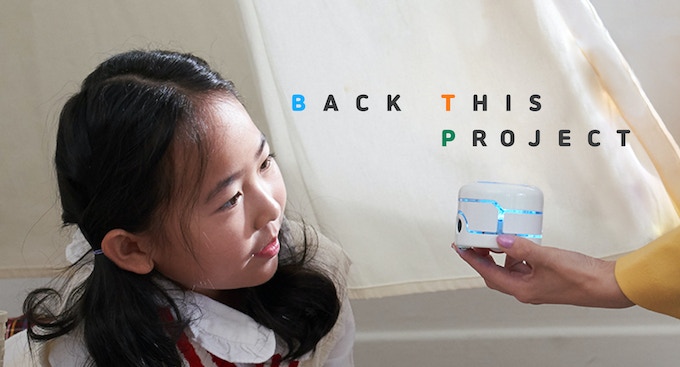 CASA – The Smart Home for your entire Media Library

GripBeats: Turn Your Hands Into A Musical Instrument!

Get the super early bird discount for latest technology project.

Featured Your Project
On Gadget Launching